Home » US Navy Response in Humanitarian...

US Navy Response in Humanitarian Assistance and Disaster Relief 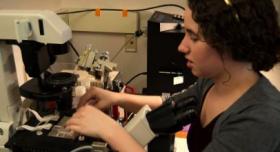 US Navy Response in Humanitarian Assistance and Disaster Relief

Rear Admiral Ben F. Gaumer attended Simpson College in Indianola, Iowa, from September 1972 to December 1975, receiving a Bachelor of Arts degree in Biology. He was commissioned an Ensign in June 1976 through the Health Professions Scholarship program while attending the University of Osteopathic Medicine and Health Sciences in Des Moines, Iowa. He was commissioned a lieutenant upon graduation in June 1979 after receiving his Doctor of Osteopathic Medicine degree. Gaumer reported to Naval Regional Medical Center, Camp Pendleton, Calif., for his internship. Upon completion in 1980, he reported to Branch Hospital, Twenty-nine Palms, Calif., for duty as a General Medical Officer.