Gastrointestinal and Liver Manifestations of COVID-19

Gastrointestinal and Liver Manifestations of COVID-19

This interactive web-based program provides community-focused primary care clinicians an opportunity to become experts in the delivery of Hepatitis C care through a mentoring-based initiative. Project ECHO, developed by Dr. Sanjeev Aurora at the University of New Mexico (UNM) in 2003, provides a framework for sharing expertise across the state and as a result will help patients achieve a viral cure and avoid the downstream sequela associated with HCV without leaving the providers they trust and the communities where they live and work. Interested providers do not have to have any prior experience in treating Hepatitis C to participate in HCV ECHO.

Iowa Medicaid requires medication treatment for HCV be prescribed by or in consult with a specialist. This creates a barrier to care for un/underinsured patients and a gap in care for patients and primary care providers that do not have access to specialists in their communities where specialists (infectious disease/hepatologists) are scarce or will only see a limited number of Medicaid patients.

The HCV ECHO will allow primary care providers to meet the prescribing requirement for Medicaid patients and to consult with specialists for all of their patients with HCV to allow the patients to be treated by their PCP at their local health center thus decreasing barriers to care and increasing positive health outcomes. The ECHO model allows for PCPs to increase their knowledge and skill set regarding Hepatitis C treatment and care through the didactic sessions and mentoring from specialists. 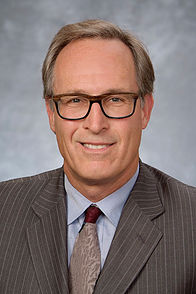 After completing his training, Dr. Gish moved to San Francisco and took a position at the California Pacific Medical Center (formerly known as Pacific Presbyterian Hospital). He became the Co-Medical Director of the Liver Transplant Program in 1988 and then the Medical Director of the Liver Transplant Program in 1994 until 2010. In that role, he developed an outreach program that eventually served over 35,000 patients in the Northern California and Nevada regions and made the CPMC a leading liver transplant center.

Dr. Gish had and continues to have an active research program in viral hepatitis, liver transplant, bioartificial livers, and public policy especially related to liver cancer, liver transplantation, and viral hepatitis. Although his primary research focus is clinical research, he frequently collaborates with basic scientists in his research activities. He has published more than 600 original articles, review articles, abstracts and book chapters.

He is a fellow of both the American College of Physicians and the American Association for the Study of Liver Disease. Dr. Gish has served on the editorial boards of American Journal of Gastroenterology, Journal of Hepatology, Digestive Diseases and Sciences, Gastroenterology, Hepatology, Liver Transplantation and Surgery, and Journal of Viral Hepatitis among many others. He has co-authored a public health policy for liver health in Vietnam and is also assisting with the development of healthcare policies in Armenia and the Philippines.

In December 2010, Dr. Gish moved to San Diego to join the faculty of UCSD as a Clinical Professor of Medicine, Section Chief of Hepatology, and Director of the Center of Excellence for Hepatobiliary Disease and Abdominal Transplantation (C.H.A.T.).

In September of 2013, Dr. Gish left UCSD to form a consulting company, Robert G. Gish Consultants LLC to provide consultative support to Hepatology Centers and Liver Transplant Programs who wish to start or grow their programs through pathways of quality and optimal patient care that is integrated with research and education.

At that time, Dr. Gish joined Dr. Manch at St Joseph’s Hospital and Medical Center to start a liver transplant center and worked to establish a UNOS and Medicare certified program in 2016. Between April 2014 and June 2019, Dr. Gish served at Stanford’s Department of Medicine, Division of Gastroenterology and Hepatology and Liver Transplant Service Line as a Staff Physician with major roles with in-reach and outreach as well as program development.

Over the years of 2012 to current, Dr. Gish has been and continues to be very active with the National Viral Hepatitis Round Table (NVHR) a patient and community advocacy non-profit organization. In February of 2014, Dr. Gish joined the Hepatitis B Foundation, (HBF) as their Medical Director to lend his policy, advocacy and clinical science skills to their armamentarium.

Relevant to the content of this educational activity, the following individuals have no conflicts of interest with commercial interest companies to disclose.

Relevant to the content of this educational activity, the following individual(s) have a conflict(s) with commercial interest companies to disclose.

The speaker(s) will disclose if any pharmaceuticals or medical procedures and devices discussed are investigational or unapproved for use by the U.S. Food and Drug Administration (FDA). Determination of educational content and the selection of speakers is the responsibility of the activity director. Firms providing financial support did not have input in these areas.

There is no cost to attend. Sessions are the third Tuesday of the month.

The HCV ECHO is a tele-mentoring program that uses videoconferencing technology (Zoom) to combine MAT didactic presentations with interactive and practical HCV case presentations from participants.