Home » Evolution and Revolution in Medical...

Evolution and Revolution in Medical Education: Pros and Cons of Compressed Medical Schools 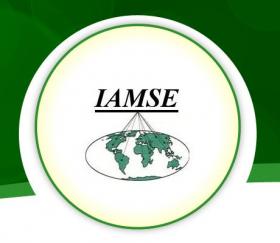 Evolution and Revolution in Medical Education: Pros and Cons of Compressed Medical Schools

This series of webcast seminars will address different approaches to facing opportunities and challenges and will include sessions on developing and improving observational skills in small group teaching sessions and preceptorships, giving and receiving feedback, as well as descriptions of specific university and organizational programs that assist graduate students in developing teaching skills for health-science courses and integrative programs.

We will propose that widespread acceptance of the suitability of a 3 year medical undergraduate education would be a profound error for three main reasons. First, it has been attempted before by many U.S. medical schools and it was an abysmal failure and abandoned by the beginning of the 21st century.

Second, in an era of an explosion in biomedical research and knowledge, the idea that less education is sufficient flies in the face of simple logic and echoes the mistakes of the past in such an attempt. In fact, residency program directors have bemoaned the poor preparation found in many of their recent trainees.

Third, the prediction that a shortened medical school duration would lead to increased numbers of primary care physicians is not supported by past evidence and ignores the dualistic nature of primary care medicine: the provision of preventative medical advice and the management of complex, typically chronic, medical problems. The former does not require utilizing physicians to accomplish the task and the latter requires a broadly trained and expert physician who likely needs even more training than is currently the norm.

We will also propose, in response to the deficiencies of current training, a renewed focus on the curricular goals of the fourth year of medical school as a means of corrected current deficiencies in training.

Dr Goldfarb, a graduate of Princeton University and the University of Rochester School of Medicine, is a nephrologist and Professor of Medicine and Associate Dean for Curriculum at the Perelman School of Medicine at the University of Pennsylvania in Philadelphia, Pennsylvania. In that role he supervises all aspects of the medical student curriculum, chairs the curriculum committee, supervises the medical student scholarly pursuit program in clinical investigation, and serves on the Student Standards Committee and chairs the School of Medicine Teaching Awards Committee. He supervises the Medical Student Course in Health Care Systems. From 1992 to 1997,Dr. Goldfarb was the Chief Medical Officer of the Graduate Health System in Philadelphia, a 7 hospital system with a 100,000 member HMO and a 100 physician primary care network. In that capacity he developed a clinical trial network, an office of quality improvement and outcome measures, and a multi-site closed circuit video system to provide cross institutional education. Dr. Goldfarb has served as program director of the NIH sponsored General Clinical Research Center at Penn and was the interim chair of the Department of Medicine at Penn for 2 1/2 years. He has also served on the ABIM subspecialty board on Nephrology and been a member of the Board of Regents of the American College of Physicians. He is a member of the American Society of Clinical Investigation. He has been the recipient of numerous awards, including the Laureate Award from the Pennsylvania Chapter of the American College of Physicians and the Christian and Mary Lindback award for distinguished teaching from Penn. . Dr Goldfarb has over 100 original publications and has edited 2 books.. He served on the editorial board of the Journal of Clinical Investigation, American Journal of Kidney Disease, Diabetes, Journal of the American Society of Nephrology, and Clinical Nephrology and is the immediate past Editor in Chief of NephSAP, an official journal of the American Society of Nephrology.

Dr. Steven B. Abramson, senior vice president and vice dean for education, faculty and academic affairs, is the chair of the Department of Medicine and a professor of medicine and pathology. As vice dean, Dr. Abramson oversees faculty affairs, including appointments, promotions, and tenure issues. Additionally, his office oversees undergraduate, graduate and post-graduate education, continuing medical education, pre-college programs, the admissions process, and the School’s accreditation. Dr. Abramson is also co-director of the recently designated NYU Musculoskeletal Center of Excellence. Dr. Abramson previously served in the Dean’s Office as associate dean for curriculum, vice dean for medical education and associate dean for clinical research. As vice dean, he led the Task Force on Curriculum Reform, which resulted in the implementation of Curriculum for the 21st Century (C21) at the School of Medicine. A summa cum laude, Phi Beta Kappa graduate of Dartmouth College, Dr. Abramson earned his MD from Harvard Medical School, and was elected to the Alpha Omega Alpha honor society. He arrived at NYU Langone Medical Center and Bellevue Hospital for his internship in 1974 and later served as chief resident in medicine. With training in rheumatology, Dr. Abramson joined the NYU faculty in 1979 and rose to the rank of professor in 1996. In addition to his role in medical education, Dr. Abramson has experience in both basic science and clinical research in the field of inflammation and arthritis, and has published more than 200 papers on these and related topics. He is a co-editor of the journal Arthritis & Rheumatism, a former member of the Rheumatology Board of the American Board of Internal Medicine (ABIM), immediate past president of the Osteoarthritis Research Society International (OARSI) and former chairman of the Arthritis Advisory Committee of the Food and Drug Administration (FDA). Dr. Abramson was named by the American College of Rheumatology (ACR) board of directors as the first chair of the ACR-FDA Drug Safety Committee. He is also a current member of the Skeletal Biology Structure and Regeneration Study Section of the National Institutes of Health (NIH).