Home » Epigenetics at the Interface of Genes and...

Epigenetics at the Interface of Genes and the Environment: ACEs, Critical Risk Periods and the Identification of Biomarkers for Mental Illnesses

Epigenetics at the Interface of Genes and the Environment: ACEs, Critical Risk Periods and the Identification of Biomarkers for Mental Illnesses

Mental illnesses are thought to result from the combined influence of genes and environment. While studies have identified critical risk periods for the development of mental illnesses, the biological bases for these diseases have remained elusive until recently. The field of epigenetics seeks to identify the biological markers that reflect the interaction of a persons genes and the environments they experience. 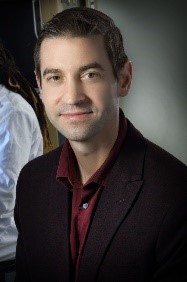 Dr. Kaminsky trained in one of the first labs studying epigenetics in psychiatry. He had investigated epigenetic influences on suicide, post partum depression and PTSD where he generated some of the first and most widely replicating epigenetic biomarkers in psychiatry. He is working on the development of disease predictive biomarkers. Dr. Kaminsky attempts to better understand the molecular epigenetic underpinnings of psychiatric conditions to enable the generation of “bench to bedside” translational findings.

The information provided at this CME activity is for continuing education purposes only and is not meant to substitute for the independent medical judgment of a healthcare provider relative to diagnostic and treatment options of a specific patient’s medical condition. The content of each presentation does not necessarily reflect the views of Des Moines University.