Home » An Appraisal of Opioid Stewardship

An Appraisal of Opioid Stewardship

An Appraisal of Opioid Stewardship 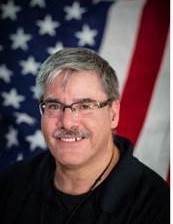 Dr. Smith received his B.S degree in Pharmacy from the University of Florida in 1983. He then received his DPM degree from the College of Podiatric Medicine and Surgery at Des Moines University in 1999. He completed a PPMR at Hu Hu Kam Memorial Hospital in Sacaton, AZ in 2000. He obtained his certification in Pedorthics from BCP in 2001. He completed postgraduate training with the College of Medicine at the University of Wales, Cardiff, Wales, and UK in wound care and tissue repair. He received his Masters of Science degree from College of Medicine at the University of Wales, UK 2006.  Dr. Smith’s research interests centers on Infection Prevalence, Infection Control and Wound Care. He serves as a Clinical Professor at the College of Podiatric Medicine and Surgery at Western University. He is a consultant to National Board of Podiatric Medical Examiners. Currently, he serves as a member on a specialty committee for the American Podiatric Medical Association. He is a contributing editor and reviewer to JAPMA in the areas of Podiatric Clinical Pharmacology. He has authored over 65 refereed journal articles for the disciplines of Pharmacy, Podiatry, and Wound Care.  Dr. Smith was honored by the American Podiatric Medical Association in 2009 by being awarded: “The Rising Star” award for his contributions to the profession of podiatry. He was recently acknowledged by the Consumer Council of America as being one of the Top 100 Podiatrists in America. Dr. Smith was inducted into the National Academy of Practice in 2011.  He has lectured for APMA, FPMA, IPMS, and PFA. He has operated a sole practice: “Shoe Sting Podiatry” in Ormond Beach, Florida; until he was deployed to Balad, Iraq as a member of a medical team to create, establishes, and operates both an inpatient and outpatient pharmacy to support civilian contractors as well as local national workers. Dr. Smith become the chairman of the Podiatric Academy for the National Academy of Practice in 2020 for a 3 year term.

Dr. Smith is 60 years old. He is divorced and is currently raising his only daughter.

Relevant to the content of this educational activity, Dr. Smith does not have any relationships with commercial interest companies to disclose.