Home » After All This Trauma: Where Is Our Mental...

After All This Trauma: Where Is Our Mental Health Headed from Here?

After All This Trauma: Where Is Our Mental Health Headed from Here?

Occupational distress and burnout are leading causes of psychiatric dysfunction (e.g., clinical depression and anxiety) among healthcare providers, and the COVID-19 pandemic has only exacerbated the substantial impact of these factors. Early in the pandemic, healthcare workers were celebrated as heroes. Then, medical misinformation flourished and public health mitigation measures (e.g., mask-wearing) were enforced. The public's interpretation shifted, resulting in healthcare workers being subjected to abuse and harassment. This, coupled with fear of infection and the already-demanding nature of working in healthcare, has led to all-time high rates of provider burnout (30-50% pre-pandemic to 40-70% now) and early workforce departure.

Burnout occurs when the demands of work exceed the physical and mental resources available to do the work. Burnout results in profound personal and professional consequences, such as depression, substance abuse, broken relationships, impaired quality of care, medical errors, and even suicide. It is essential that healthcare providers can promptly recognize the signs of burnout in themselves and their peers and competently utilize personal coping techniques and organizational strategies to combat the internal and external factors that result in this damaging problem in today's healthcare industry. 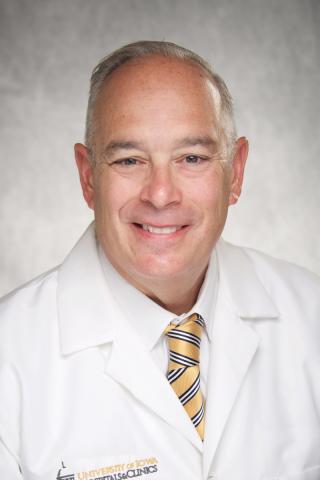 By 1991, Dr. Clancy was chief resident in general psychiatry at UIHC. From 1992 to 1995, he served in the U.S. Air Force, rising to the rank of major and head of the Division of Medicine at Ellsworth Air Force Hospital in South Dakota. In 1995, a visit to an Iowa City homeless shelter, where many clients suffered from mental illnesses, sparked a desire to help—as well as the realization that such patients required a new approach. Dr. Clancy initiated several innovative, multidisciplinary programs—"hospitals without walls"—that took medical services out into the community.

Such efforts continued throughout his rapidly progressing career, earning him a reputation not just as an accomplished physician but as a champion for the underserved. Dr. Clancy graduated from the Harvard Executive Program in Health Care Policy and Management in 1997. In 2001, Dr. Clancy was named dean of the medical college at the University of Oklahoma. Then, in 2006, he also became president of the University of Oklahoma, Tulsa. An energetic, hands-on leader, he still makes time to teach students and to work with them one evening a week at a clinic that serves the disadvantaged.

In 2008, with a $50 million donation from the George Kaiser Family Foundation, Dr. Clancy led a successful effort to transform medical education at the school. The OU College of Medicine in Tulsa became the University of Oklahoma School of Community Medicine. The first of its kind in the U.S., the school focuses on directing the university's many resources—clinical services, medical education programs, research, financial support, and leadership—to improve the health status of all Oklahomans, particularly those in underserved rural and urban populations.

Driven by appalling statistics demonstrating severe healthcare inequities—such as estimates that poorer residents of north Tulsa typically live 14 years less than those in the southern area of the city—Dr. Clancy hoped to find solutions to such problems. In 2009, Clancy convened the first National Summit of Urban Health, and he also offered his expertise during the recent overhaul of the American healthcare system.

For such efforts, Dr. Clancy has received numerous awards, including the Excellence in Community Psychiatry Award and the Exemplary Psychiatrist Award from the National Alliance on Mental Illness. The UI College of Medicine honored him several times as an outstanding instructor, and in 2005, bestowed upon him a Distinguished Alumni Award for Early Achievement. In 2004, the Oklahoma Medical Association presented him with its Community Service Award, and in 2009, Tulsa People magazine named him Tulsan of the Year.

Through his work at the community, state, and national levels, Dr. Clancy has demonstrated his devotion to patients and his fidelity to the humane ideals of academic medicine.

Cost:
$20.00
Please login or Create an Account to take this course.