A Closer Look: Methamphetamine, Opioids and Poly-Substance Use

A Closer Look: Methamphetamine, Opioids and Poly-Substance Use

“A Closer Look: Methamphetamine, Opioids and Poly-substance Use” is a part of the Iowa Department of Public Health’s initiatives that support substance use prevention, treatment and recovery. For more information on IDPH’s initiatives, please visit YourLifeIowa.org.

Community service providers and health professionals who would benefit from behavioral health education.

“Meth is now the second most reported drug by adults at admission to treatment, moving ahead of marijuana for the first time. Alcohol remains number one for adults, while marijuana remains the number one drug of choice for juveniles,” said Katie Bee of the IDPH Bureau of Substance Abuse. “It is important for Iowans to know help is available from Iowa’s treatment network, which can be found at yourlifeiowa.org.”

Methamphetamine is a highly addictive stimulant and is most commonly a white, odorless powder. In the short term, its effects include increased attention and activity, decreased appetite and a rapid heartbeat. In the long term, consequences include paranoia, hallucinations, brain structure changes, memory loss, aggression and severe dental problems.

From Interstate 235 W
Take the 50th St exit, EXIT 1A, toward West Des Moines. Turn right onto 50th St. Take the first left onto Westown Parkway. Turn left onto West Lakes Parkway. This will take you to The Ron Pearson Center parking lot.

From Interstate 35 S
Take the University Ave exit, EXIT 124, toward Clive. Turn right onto University Ave. Go left onto West Lakes Parkway. This will take you to The Ron Pearson Center parking lot.

A block of 20 rooms has been reserved at the Hampton Inn & Suites West Des Moines. The discounted rate is $99 plus tax per room and includes a complimentary hot breakfast. Parking is also complimentary onsite.

Mention the block “IDPH” to book at the special discounted rate or use the online booking link. 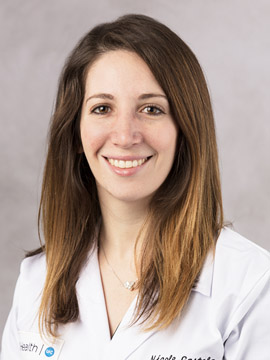 Nicole Gastala, MD is a member of the National Health Service Corp and has practiced full spectrum outpatient family medicine in both rural and urban settings. As the opioid epidemic began to hit Iowa, it became acutely necessary to expand and develop a team-based community program to address substance use disorder. Through a HRSA grant funded Medication for Opioid Use Disorder (MOUD) program at Primary Health Care, Inc, their team developed an effective integrated treatment model. Dr. Gastala was awarded the Certificate of Public Health Recognition for Addressing the Opioid Crisis in Iowa by the Iowa Department of Public Health in 2018.  As she has transitioned to her position as Director of Behavioral Health and Addiction at University of Illinois Chicago/UI Health Mile Square Health Centers, Dr. Gastala has continued to work to develop an integrated MOUD program by mentoring new prescribers, precepting residents, and training clinicians within the Chicago community and increasing access to MOUD nationally as a mentor and trainer. She is currently a hub panel expert of a bimonthly ECHO webinar focused on MAT in primary care for Iowa and Illinois as well as the Implementation Subcommittee Chair of the Illinois Opioid Crisis Advisory Council. Dr. Gastala is currently a Co-Investigator on an Arnold Venture-funded project that aims to develop and test a syringe service-based approach for linking clients to MOUD.

Jane Carlisle Maxwell, PhD is a Research Professor with the Addiction Research Institute at the School of Social Work, University of Texas at Austin. She has been a member of the SAMHSA National Advisory Council, a consultant to the the Food and Drug Administration and Centers for Disease Control, a Fulbright Senior Specialist, and along with Jim Hall, a member of the National Institute on Drug Abuse's Community Epidemiology Work Group and NIDA’s National Drug Early Warning System. She has over 50 years experience monitoring changes in drug use patterns in Texas, in the U.S., and Internationally. She is a member of the College on Problems of Drug Dependence and serves on the board of the Pacific Institute on Research and Evaluation.

Jim Hall, PhD has recently retired as Senior Epidemiologist with the Center for Applied Research on Substance Use and Health Disparities at Nova Southeastern University. For the past 35 years, he has tracked patterns and trends of drug use in Florida for the National Institute on Drug Abuse. Hall has testified before the US Senate Committee on the Judiciary about fentanyl analogues and other Novel Psychoactive Substances. Jim serves on the Scientific Advisory Panel of the National Institutes of Health’s National Drug Early Warning System and the US Food and Drug Administration’s Drug Safety and Risk Management Advisory Committee. He was presented with a Lifetime Achievement Award by the Florida Alcohol and Drug Abuse Association in 2017.

Loreen Rugle, PhD, ICGC-II/BACC brings 35 years of experience in the field of problem and responsible gambling including treatment, prevention, research and responsible gambling to her current positions. She has managed problem gambling programs within the Veterans Administration, in the private sector and within state systems. She has participated in research on brief screening for gambling problems, as well as a broad range of other problem gambling related research projects. She has provided consultation and training on gambling disorder throughout the United States, for the military and internationally. She is Assistant Professor in the Department of Psychiatry, University of Maryland and Special Projects Consultant with the Maryland Center of Excellence on Problem Gambling. She is also currently Responsible Gambling Specialist with the North American Association of State and Provincial Lotteries.

Relevant to the content of this educational activity, the following individual(s) have no conflict(s) with commercial interest companies to disclose.

Relevant to the content of this educational activity, the following individual(s) have a conflict(s) with commercial interest companies to disclose.

The information shared at this event is presented as an opportunity to expand awareness and knowledge. Views expressed by speakers do not represent the views of the Iowa Department of Public Health, nor does IDPH control or guarantee the accuracy of this information. IDPH does not endorse individual exhibitors, products or services. The views expressed in written conference materials or publications and by speakers and moderators do not necessarily reflect the official policies of the Department of Health and Human Services; nor does mention of trade names, commercial practices, or organizations imply endorsement by the U.S. Government.

Cost:
$25.00
Please login or Create an Account to take this course.

There will be no refunds for the event, you may send a substitute.

For questions about your registration