Home » Strengthening the Structure of Justice for...

Strengthening the Structure of Justice for Victims of Abuse in Later Life: Your Brain on Aging

Strengthening the Structure of Justice for Victims of Abuse in Later Life: Your Brain on Aging

A cross-sector approach to understanding cognition, capacity, and undue influence and the impact on victims of abuse in later life and our work on their behalf.

There is a lack of information and strategy for identifying and addressing abuse in later life in all fields, including the healthcare field. Oftentimes, health care professionals are uniquely and perfectly positioned to see, hear, or observe signs of abuse or signs of risk for abuse but do not have the knowledge and ability to effectively address it. Too, we find a great divide between health care professionals and other professionals who are or may be involved in the lives of an older person at risk for or subject to abuse. Additionally, we hear reports from health care professionals (and others) of uncertainty as to the “right” thing to do in these situations given that the patient is an adult who is entitled to make decisions but may for a variety of reasons be experiencing challenges (cognitive, dynamics of abuse, and others) that affect their ability to make decisions.

We hope to address the uncertainty involved in treating older persons who, by virtue of age alone, are susceptible to abuse; to provide information which allows practitioners to discern between challenges to decision-making abilities based on the dynamics of abuse or cognitive decline issues; to create, encourage, and foster a working relationship between providers and others who can assist abuse in later life victims; and to introduce potentially new concepts for the treatment of victims or potential victims of abuse in later life that will more effectively address their needs and, hopefully, prevent any or further abuse. 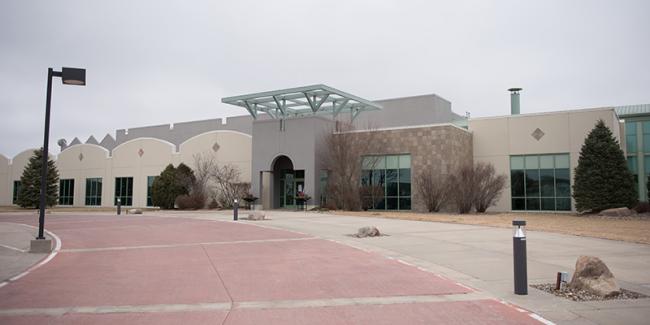 Kacey Barrow-Miller is the training director at CIAC. She has her bachelor’s degree in women’s literature and her Master’s degree in Women’s and Gender Studies. Kacey is an Iowa Multidisciplinary Certified Advocate through the Iowa Coalitions against domestic violence and sexual assault. She is a key CCR member and is also quite possibly one of the most resourceful people in Iowa.

Dan Brickner is the former chief of police for Perry and currently works as a homicide and violent crime specialist for Crisis Intervention & Advocacy Center in Adel, which is a mobile advocacy program supporting victims and survivors of sexual assault, domestic abuse, dating violence, stalking and homelessness in ten counties in central to southwest Iowa, including Dallas County all the way down to Ringgold County. CIAC is also the victim services and outreach provider under our ALL Grant. Dan is a strong advocate and regularly provides trainings in the ten-county area served by CIAC.

Michael Burke is a Robbery and Crisis Management Consultant for Shazam. He is a veteran law enforcement professional with experience in criminal justice instruction, homeland security and fraud investigation. For those of you wondering what an ATM machine has to do with elder abuse, it’s interesting to note that Shazam does much more than facilitate electronic transfers of funds. Shazam works with its member financial institutions to strengthen them, which includes strengthening their response to exploitation. Mike conducts a variety of trainings around the state, and is working to assist financial institutions in better responding to exploitation cases.

Natalie Denburg, MA, PhD is a Neuropsychologist and associate professor at the University of Iowa. Her research interests involve the neural basis of decision-making abilities in older adults, consumer, medical and financial decision making, neuroepidemiology, social and affective neuroscience, and cancer survivorship. Dr. Denburg is an active member of our CCR.

Crystal Doig is a caregiver specialist at Aging Resources which involves helping families and caregivers find and access resources for providing care and assistance to a loved one who is older. She works for elder rights and is also a strong advocate for older Iowans and those who are victims of elder abuse.

Lauris Kaldjian, M.Div., MD, PhD is the Director of the Program in Bioethics and Humanities at the University of Iowa Carver College of Medicine, where he is also a professor in the Department of Internal Medicine and holds the Richard M. Caplan Chair in Biomedical Ethics and Medical Humanities. He received his M.D. from the University of Michigan, an M.Div. and Ph.D. in Christian ethics from Yale University, and completed his residency and fellowship training at Yale in internal medicine and infectious diseases. He has been at the University of Iowa since 2000. His research interests have been directed toward end of life decision making, goals of care, disclosure of medical errors, the role of foundational beliefs and values in medical ethics, practical wisdom in healthcare, conscientious practice, and ethics education. Many of his interests are woven together in Practicing Medicine and Ethics: Integrating Wisdom, Conscience, and Goals of Care (Cambridge University Press, 2014). His publications can be found in a variety of journals.

Harry Morgan, MD developed and is the president of The Center for Geriatric and Family Psychiatrics, Inc. in Glastonbury, CT. As a Geriatric Psychiatrist, his teaching interests include education related to Alzheimer’s disease and other dementing illnesses of later life, the diagnosis and treatment of depressive illness as it affects adults in later life, and the study of personality development during aging. He has also works with the National Clearinghouse Against Abuse in Later Life (NCALL) and National Institute on the Prosecution of Elder Abuse, the technical adviser and training partner, respectively, for our ALL Grant.

Tina Salisbury is an analyst (and is a Certified Fraud Examiner) for the Department of Public Safety, Division of Intelligence and Fusion Center. She is the person who receives and holds information and can get it out to those who need it. The Division of Intelligence provides support to all enforcement Divisions of DPS as well as to all other local, state, and federal law enforcement and homeland security partners in Iowa and also serves as a point of contact in Iowa for law enforcement agencies from other states. She reviews, along with a couple others around the state, the suspicious activity reports (SARs) filed by financial institutions and others reporters and regularly works with banks to stop or address exploitation and other forms of abuse. In addition to being a great person, she is a great person to know.

Joe Sample, MPH, MA is the director of i4A, the association of Iowa’s area agencies on aging. He holds a Master's of Public Administration emphasizing health resource management and a Master's of Arts in bioethics and health policy. He is currently pursuing a doctorate degree in human development and family studies with specific interest in gerontology from Iowa State University.

Jodi Selby is the VP of the Financial Intelligence Division of Bankers Trust and has more than 25 years of banking experience. She also serves as volunteer conservator, assists her neighbors and just about anyone else in need, and is clearly the child of a former law enforcement officer. She has received an award for helping, along with a teller, to intervene in the exploitation of a bank customer. They likely saved his life given that the exploiter had just been released from prison for nearly beating this same victim to death.

Brittany Shinn is, amongst other things, the SART coordinator at CIAC and is a certified sexual abuse counselor. She holds an associate degree in nursing but opted to leave nursing to become an advocate for survivors of domestic violence and sexual assault. Victims are certainly fortunate as she is a very strong advocate and an invaluable member of our CCR.

Chuck Sinnard, JD is the newly elected county attorney for Dallas County, though he has been with the office since 2000. The Dallas County Attorney’s Office has been a strong supporter of our abuse in later life work and Chuck is highly respected in the law enforcement and advocate community.

Lauren Templeman, LSW is a licensed social worker in the dependent adult abuse unit of the Iowa Department of Human Services. She is a strong advocate and a member of our CCR.

Sgt. Chris Wing is in the Investigations Division of the Newton Police Department. Sgt. Wing recently investigated, pursued, and obtained a conviction in a case in which a daughter exploited her mother. We appreciate his good work on behalf of older victims.

Relevant to the content of this educational activity, the following individual(s) do not have any financial relationship(s) with commercial interest companies to disclose.

This project is supported by Grant No. 2015-EW-AX-K003 awarded by the Office on Violence Against Women, U.S. Department of Justice. The opinions, findings, conclusions, and recommendations expressed in this publication/program/exhibition are those of the authors and do not necessarily reflect the views of the Department of Justice, Office on Violence Against Women.

There is no cost to attend. To register, contact Mary Peterson at 515/281-7688 or mary.peterson@ag.iowa.gov