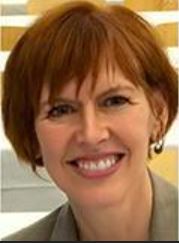 Dr. Terrault has focused her clinical and research activities on viral hepatitis and non-alcoholic fatty liver disease, especially in special populations including those with cirrhosis and transplants. In addition to multiple clinical trials related to preventing and treating chronic hepatitis viral hepatitis and fatty liver, Dr. Terrault has been PI on multiple NIH-funded studies, including the current NIH-supported HBV clinical research network (HBRN) and nonalcoholic steatohepatitis clinical research network (NASH CRN). She has authored 330 peer-reviewed manuscripts, editorials, invited reviews as well as US national guidelines for the treatment of chronic hepatitis B and C. She is a past associate editor for Hepatology, deputy editor for Liver Transplantation, and co-edited Zakim and Boyer’s textbook in hepatology.

She is the founder of ECHO-Plus, a multifaceted program to train and support primary care physicians in California to care for patients with hepatitis. She has a long history of mentoring fellows and junior faculty in clinical research. She is passionate about creating research support and opportunities for the next generation of GI/Hepatology investigators. Dr. Terrault was recently elected as Councilor to the AASLD governing board and will serve as president in 2023.

The information provided in this activity is for continuing education. It is not meant to substitute for the independent medical judgment of a healthcare provider relative to diagnostic and treatment options of a specific patient’s medical condition. The content of each presentation does not necessarily reflect the views of Des Moines University.