Providers and clinical staff interested in providing treatment and care to individuals diagnosed with Hepatitis C.

This interactive web-based program provides community-focused primary care clinicians an opportunity to become experts in the delivery of Hepatitis C care through a mentoring-based initiative. Project ECHO, developed by Dr. Sanjeev Aurora at the University of New Mexico (UNM) in 2003, provides a framework for sharing expertise across the state and, as a result, will help patients achieve a viral cure and avoid the downstream sequela associated with HCV without leaving the providers they trust and the communities where they live and work. Interested providers do not have to have any prior experience in treating Hepatitis C to participate in HCV ECHO. 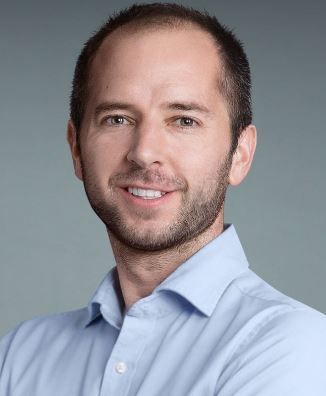 Hepatitis C virus (HCV) infection is a blood-borne infectious disease that causes substantial liver-related morbidity and an increased risk of liver cancer and death. HCV is often known as a “silent disease,” with few noticeable symptoms, especially in early-stage infection. Because of this, many individuals are unaware of their HCV until more serious, late-stage complications arise. Treatment is available for HCV, with success measured by the sustained viral response (SVR) rate at 12 to 24 weeks post-treatment (i.e., no detectable virus). Before 2014, an average of 48 to 70% of people achieved SVR with the available therapies; however, recent advances in therapeutic medications increased SVR rates to more than 95% in 2018. Achieving SVR can reverse the effects of early-stage fibrosis and slow the progression of cirrhosis to decompensation or hepatocellular carcinoma (HCC). This reduces liver-related mortality by 20-fold and all-cause mortality by 4-fold. Transmission of HCV can be prevented by avoiding direct exposure to contaminated blood or blood products, including objects that may have come in contact with contaminated blood, such as syringes and other drug paraphernalia.

Over the last 14 years, the HCV epidemic has drastically changed in the U.S. Originally a disease affecting “baby boomers” (people born between 1945 and 1965), HCV has reemerged as a syndemic with opioid use and overdoses, methamphetamine use, and HIV. In 2010, approximately 3.5 million Americans were living with chronic HCV. According to CDC data, HCV kills more Americans than any other infectious disease. In addition, HCV is the leading cause of cirrhosis and liver cancer and the most common reason for liver transplantation in the U.S. In 2013, deaths from HCV-related causes surpassed the total combined numbers of deaths from 60 other infectious diseases reported to the CDC, including HIV and tuberculosis. In 2014, HCV-related deaths reached an all-time high, with more than 19,600 deaths reported. At the same time, there has been a marked simultaneous increase in the number of people newly diagnosed with HCV across the U.S., particularly among people with a history of injection drug use. The U.S. experienced marked increases in hospital admissions for acute HCV and opioid injection between 2004 and 2014, with the number of people newly diagnosed with HCV more than doubling between 2010 and 2014.

National-level programs to control the burden of HCV have focused primarily on the older cohort of people with HCV. These programs include screening for HCV in the baby-boomer cohort (born 1945 to 1965) and programs offered through the Veteran’s Administration (V.A.) to diagnose and cure all veterans with HCV. Despite these efforts, barriers to treatment still exist at the state Medicaid level, as evidenced in many states by restrictions on treatment, including fibrosis scarring requirements that preclude treatment for people with early-stage liver disease. Universal procedures exist to prevent HCV transmission in medical settings across the U.S. (though localized outbreaks may still occur when procedures fail). However, the recent opioid crisis and increased methamphetamine usage in some parts of the country present new challenges for HCV prevention efforts. Presently, policies to prevent transmission among drug users are entirely state-specific, and in many states, these policies do not exist.

*Percentages do not sum to 100% because overlap exists across groups, and not all subpopulations are considered here.

The information provided in this activity is for continuing education. It is not meant to substitute for the independent medical judgment of a healthcare provider relative to diagnostic and treatment options of a specific patient’s medical condition. The content of each presentation does not necessarily reflect the views of Des Moines University.

There is no cost to attend.

If you are interested in participating, please email echo@iowapca.org.