Awareness of high rates of burnout, depression and suicide in physicians and other health care professionals is leading to changes within the medical profession at all levels. Most mental health problems can be effectively managed, but real and perceived barriers such as confidentiality concerns and fear of negative ramifications on one's reputation, licensure or hospital privileging keep many physicians from addressing their mental health needs. Unattended distress has ramifications for physicians as well as the health care industry and patient safety.

In addition to individual risk factors and stress load, institutional culture plays a critical role leading physicians to rationalize distress as part of their professional identity. There are several initiatives with demonstrated effectiveness in medical settings which can be scaled up for greatest impact: education and stigma reduction efforts, policies and procedures that treat mental health on par with physical health and efforts that promote an overarching culture of respect. Further strides can be made by addressing hospital and state licensing forms' questions related to mental health, ensuring that questions pertain to competence rather than illness or replacing questions altogether with a statement encouraging proactive actions to protect physician mental health and safe practice.

The facts about mental health and suicide in the academic medicine community are sobering. Physicians and trainees have higher rates of burnout, depressive symptoms, and suicide risk than the general population. A 2015 meta-analysis of 17,500 residents over 50 years estimated that 28.8 percent of resident physicians experienced significant depressive symptoms. Another prospective intern cohort study found that 24 percent of interns developed suicidal thoughts within three months of starting their internships. Yet ironically, doctors are less likely than other members of the public to seek mental health treatment.

Physicians have traditionally lived within a culture of silence when it comes to mental health. Loathe to draw attention to self-perceived weakness, we commonly cloak experiences of anxiety, worry, or shame and carry out our mission. We rationalize significant distress as part of our identity as physicians. While a certain amount of bucking up and forging through is adaptive, this coping strategy can go too far, ignoring serious deterioration of mental health.

There are multiple barriers that keep physicians and trainees from accessing mental health care—confidentiality concerns, time constraints, or uncertainty about whether treatment would improve things. Some physicians have often unfounded or outdated worries about the potential for negative ramifications on one’s reputation, licensure, or hospital privileging. Lastly, like many high-functioning, driven professionals, we often have a blind spot that keeps us from clearly recognizing the seriousness of mental health changes in ourselves.

Not seeking help when we become overwhelmed can lead to disillusionment with our work, burnout, and serious conditions, including major depression, anxiety disorders, and substance use problems. Another potential downstream consequence is self-medicating. A 2013 postmortem study of data from the Centers for Disease Control and Prevention National Violent Death Reporting System revealed that physicians who died by suicide have 20–40 times the rate of benzodiazepines, barbiturates, and antipsychotic medications in their systems than non-physicians, which points to self-treatment. Not getting the help we may need can also lead to disrupted personal relationships, a higher likelihood of medical error in practice, and an increased risk for suicide.

Over a period of 15 years at UCSD, we lost more than 10 physicians and trainees to suicide. As happens for many communities, we reached a tipping point when a prominent and very revered faculty physician took his life. Collectively, we realized that tolerating the culture of silence was no longer an option. 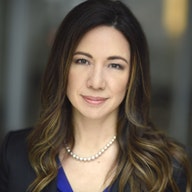 Dr. Christine Moutier knows the impact of suicide firsthand. After losing colleagues to suicide, she dedicated herself to fighting this leading cause of death. As a leader in the field of suicide prevention, Dr. Moutier joined AFSP in 2013, and has revitalized AFSP’s Education team, re-launched its Loss & Healing department, and expanded AFSP’s support to include those with lived experience of suicide.

She has testified before the U.S. Congress and spoken at the White House, she was the host of AFSP’s documentary on surviving suicide loss, The Journey, and has appeared as an expert in The New York Times, The Washington Post, Time magazine, The Economist, The Atlantic, the BBC, NBC, CNN, and other print and television outlets.

Since earning her medical degree and training in psychiatry at the University of California, San Diego, Moutier has been a practicing psychiatrist, professor of psychiatry, dean in the medical school, medical director of the Inpatient Psychiatric Unit at the VA Medical Center in La Jolla, associate director of the UCSD Outpatient Psychiatry Services Clinic, and she attended the Consultation-Liaison Service and Neuropsychiatric and Behavioral Medicine Unit at UCSD Medical Center. She also served as a co-investigator for the Sequenced Treatment Alternatives to Relieve Depression study (STAR*D), a large National Institute of Mental Health trial on the treatment of refractory depression.

Relevant to the content of this CME activity, Dr. Moutier indicated she has no financial relationships to disclose.

Cost:
$175.00
Please login or Create an Account to take this course.