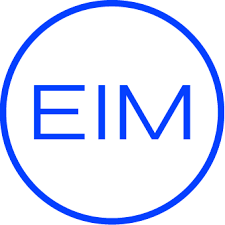 Advances in imaging, particularly the use of musculoskeletal ultrasound (MSKUS) in diagnosing and managing rheumatologic disorders, have given rheumatologists a number of tools to use in their practice. The teaching of MSK US has been fragmented and many rheumatologists are unaware of the path to utilizing this technique in their office.

Given the challenges of operating a financially sustainable medical practice in this economic environment, rheumatologists are particularly sensitive to the need to control costs of providing healthcare across a large population. State legislators are considering legislative proposals to limit step-therapy policies, as well as simplify the prior authorization process, limit specialty tiers, regulate the substitution of biologic prescriptions and take other measures which will provide patients with access to quality care. The opportunity exists for rheumatologists to advocate for the best public policy with a unified voice and a mechanism to act.

Today’s challenging health care environment is affecting the way physicians manage their practices, interfering with access to care and forcing them to make difficult decisions. Physicians seek to continue to provide quality care while contending with reduced Medicare reimbursement rates, medical claims, process errors and inefficiency and legislative and regulatory changes. Rheumatologists need to be aware of emerging trends in practice management, payer reform and administrative simplification of impact to the success of their practices and quality of patient care.

The proposed ICD-10 coding system is far more complex than the existing ICD-9, and has potential to increase costs to practitioners in all fields of clinical medicine. Rheumatologists need to understand the impact of ICD-10 on their practices, as this system is scheduled to be activated in October 2015.

Health care professionals involved with rheumatological care in the state of Iowa and the Midwest.

Deborah L. Bandy Turner, CPA, CMR
Ms. Turner is Director of Healthcare Policy and Advocacy for the Strategic Customer Group of Johnson and Johnson Healthcare Systems, Inc. In this role, Ms. Turner works to build and foster relationships with key internal and external stakeholders in Iowa, Nebraska, Wisconsin and Minnesota in order to ensure patient access to the therapies they need. Ms. Turner joined Johnson and Johnson in February, 1999, and has held a variety of roles. She also has a diverse background that includes roles in public accounting, Illinois state government, and teaching at the college level. Ms. Turner earned her BS in Accounting, Summa Cum Laude, from Millikin University, and she passed her CPA exam during her first sitting. She is married to Paul Turner, and she is the proud mother of son, Ryan Bandy, and stepdaughter, Ashley Turner Hills. She is also the very proud sister of Congressman Rodney Davis (IL-13th District).

Michael S. Brooks, MD, FACP, FACR
Dr. Brooks was born in Burbank, California. He earned his MD in 1980 from Loyola University, Stitch School of Medicine, and went on to do his internship and residency in internal medicine through Loyola University Affiliated Hospitals. From 1983 to 1985, he had a research-intensive fellowship in rheumatology at the Indiana University School of Medicine. He is board certified in internal medicine and rheumatology. He currently serves as co-director of the IMC lab at the Physicians' Clinic of Iowa, PC, a private rheumatology practice in Cedar Rapids.

Madelaine Feldman, MD
Dr. Feldman is a partner of The Rheumatology Group in New Orleans, Louisiana. She is a founding member and president of the Rheumatology Alliance of Louisiana and past president of the Louisiana Rheumatism Society. Dr. Feldman is an associate professor of clinical medicine at Tulane University School of Medicine and has been named one of the “Top Doctors” in New Orleans for the last seven years. She is a also a board member of the Coalition of State Rheumatology Organizations, a national advocacy group for people with arthritis and the rheumatologists who treat them. She is a Fellow of the American College of Rheumatology and a member of the ACR insurance subcommittee.

Michele Guadalupe, MPH
Ms. Guadalupe is the Vice President of Advocacy and Public Policy for the Arthritis Foundation, Heartland Region. She has been with the Arthritis Foundation since November 2005. In this role, Ms. Guadalupe oversees grassroots advocacy and state public policy initiatives throughout the six-state region. Previously, Ms. Guadalupe worked as a Prevention Specialist at PEER Services, a substance abuse prevention and treatment agency in the Chicago suburbs. She received her Masters of Public Health from the University of Illinois at Chicago and her Bachelors of Science in Health Education from Illinois State University. During her MPH program, she had the opportunity to intern at the Centers for Disease Control and Prevention (CDC). The Arthritis Foundation is working to conquer this debilitating disease and make a positive impact on the lives of people with arthritis. 2015 state advocacy priorities include specialty tiers, prior authorization, step therapy, biosimilars, formulary transparency, network adequacy and non-medical switching.

Lawrence E. Singer, PC
Mr. Singer is the Director of Beazley Institute for Health Law and Policy at Loyola University Chicago School of Law. He is also the Associate Dean of Distance Learning and an Associate Professor at Loyola. Mr. Singer was previously an attorney, and then partner, with the Chicago office of McDermott, Will & Emery, where his practice focused on general corporate and transactional matters, medical staff affairs and patient care issues. He also served as assistant to the general counsel of the American Hospital Association and as legal counsel in the America Hospital Association's Office of Legal and Regulatory Affairs. While there, Mr. Singer was an author of an amicus curiae brief to the US Supreme Court in the case of Cruzan v. Missouri Department of Health. Mr. Singer has been recognized multiple times as a "super lawyer" in health law. He also has been inducted as a Fellow into the Institute of Medicine of Chicago. Mr. Singer has served on, and chaired, multiple boards, including a large regional health system board, a facility for the developmentally disabled and a local chapter of the United Way. Mr. Singer received his Bachelor Degree, Master Degree and Juris Doctor from the University of Michigan.

Cynthia Swanson, RN, CPC, CEMC, CHC
Cynthia joined Seim Johnson in 1989 and prior to that time she had three years of hospital clinical nursing experience, five years of Quality Assurance, DRG and Utilization Review experience and five years as Supervisor of Medicare Medical Review with Blue Shield of Iowa. In 1976, Cynthia graduated with an Associate of Arts degree in Nursing from Rochester State Jr. College, Rochester, Minnesota. In May 1994, Cynthia received her Certified Professional Coder (CPC) credentials from the American Academy of Professional Coders and in April 2009 became certified in Healthcare Compliance (CHC) from the Health Care Compliance Association. In June 2009, she earned her Certified Evaluation and Management Coder credential and in 2010, she earned her Certified Professional Medical Auditor (CPMA) credentials. Most recently, Cynthia received the AAPC ICD-10-CM Proficient status in April, 2014. She currently serves on the AAPC National Advisory Board, 2013-2015. Cynthia’s expertise is in hospital and physician services which include CPT/HCPCS and ICD-9-CM coding issues, review of medical documentation record, corporate compliance programs, Medicare fraud and abuse issues, Medicare regulatory issues, litigation support and testimony, internal policies and procedures, billing issues and other regulatory issues. Cynthia has been responsible for formalized training on the above topics and has been involved in provider/supplier education. She has lectured on physician reimbursement matters, billing and coding issues, E/M services, medical record documentation requirements, Medicare and Medicaid fraud and abuse issues, Medicare regulatory issues and the implementation of an internal quality monitoring process at a local, state and national level, including Healthcare Financial Management Association, Iowa and Nebraska Medical Group Management Associations, United Communications Group (Part B News), Metropolitan Omaha Medical Society, Lancaster County Medical Society, Iowa Medical Society, Health Care Compliance Association and AAPC Local Chapters in Iowa, Nebraska and South Dakota.

Dennis J. Tibben
Dennis J. Tibben is the director of state government affairs at Iowa Medical Society in West Des Moines, Iowa, where he coordinates advocacy efforts before the Iowa General Assembly, represents the organization before state boards and stakeholder health care organizations, develops policy and legislative proposals and analyzes legislative, regulatory and policy proposals. He is also in the process of completing a Master’s in public administration at Drake University. Mr. Tibben has a BA in political science from Iowa State University. Before he started at Iowa Medical Society, he worked at Planned Parenthood of the Heartland and in the office of Iowa Governor Culver and Lt. Governor Judge in Des Moines, Iowa. In those roles, his experience ranged from coordinating grassroots lobbying efforts to vetting judicial candidates for the Iowa Court of Appeals and Iowa District Courts.

Everyone in a position to control the content of this educational activity will disclose to the CME provider and to attendees all relevant financial relationships with any commercial interest. They will also disclose if any pharmaceuticals or medical procedures and devices discussed are investigational or unapproved for use by the U.S. Food and Drug Administration (FDA). Determination of educational content and the selection of speakers is the responsibility of the activity director. Firms providing financial support did not have input in these areas.